The burden associated with persistent, very poorly controlled (VPC) asthma was found to be high in individuals with severe or difficult-to-treat presentation of the disease, according to a study published in the Journal of Allergy and Clinical Immunology: In Practice.

In this multicenter, observational study (TENOR II; The Epidemiology and Natural History of Asthma: Outcomes and Treatment Regimen II), patients with severe/difficult-to-treat asthma who had participated in the TENOR I were followed up >10 years later during a single, cross-sectional visit.

In both TENOR I and TENOR II studies, patients with severe or difficult-to-treat asthma were evaluated during a single visit. A total of 341 patients were enrolled in TENOR II, with the single follow-up visit taking place between December 2013 and December 2014. Of the 327 patients with available data on the level of asthma control in both studies, 48.0% and 52.0% were classified as having and not having persistent VPC asthma, respectively.

”Strategies to improve access and adherence to medications are paramount and highlight the need for increased implementation of step-up therapy after improved medication adherence is determined,” noted the study authors. 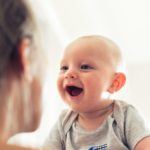