In children with asthma who are overweight or obese, depressive symptoms may enhance airway compromise, according to a study published in the Journal of Allergy and Clinical Immunology Practice.

Pulmonary function was evaluated by measuring forced expiratory volume in 1 second (FEV1), and asthma severity was assessed according to the National Asthma Education and Prevention Program Expert Panel Report 3 criteria. The movie “E.T. The Extra-Terrestrial” was shown to participants to evoke emotional/stress and arousal. Airway resistance (Rint) was measured before and after film to identify airway function changes associated with emotional states triggered by the viewing. Parasympathetic/vagal and sympathetic reactivities were measured during the movie to assess autonomic nervous system reactivity.

In children who were overweight/obese vs normal weight, symptoms of depression were found to be associated with lower FEV1 at baseline (P =.008). Additionally, higher depression scores predicted greater vagal bias under emotion stress/arousal (P =.009), and greater vagal bias was associated with increased Rint in the overweight/obese group (P =.023).

A limitation of this study was the inclusion of patients who were mostly from minority backgrounds, which may reduce the generalizability of the findings. 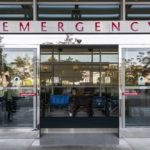