The fraction of exhaled nitric oxide (FENO), respiratory function testing, and forced oscillation technique (FOT), which represent different features of asthma, should be combined and comprehensively evaluated to assess patients’ response to the management of their disease, according to study results published in the Journal of Breath Research.

A retrospective, cross-sectional study was conducted at St. Marianna University School of Medicine, Yokohama City Seibu Hospital, Japan, from July to September 2017. Recognizing that in patients with asthma, inhaled corticosteroids (ICS) and long-acting β2 agonists (LABAs) are widely used to treat airway inflammation and reversible airway narrowing — both of which are evaluated mainly via FENO and bronchodilator reversibility (BDR) — the researchers sought to examine the use of FOT for the assessment of obstructive respiratory disturbance. They also investigated the relationships among BDR, FENO, and FOT in patients who had been receiving ICS-LABA combination therapy for ≥1 month.

A total of 87 patients (25 men and 62 women) who had visited the Japanese hospital and had undergone BDR testing as a requirement for treating their asthma were enrolled in the study. The mean participant age was 69.0 years; patients’ mean body mass index was 22.1 kg/m2.

All participants underwent FENO testing, which was followed by FOT testing and then BDR testing. These tests were all performed without the cessation of the patients’ ICS-LABA therapy. At baseline, the results of spirometry testing were as follows: Forced expiratory volume in 1 second (FEV1) was 2.12±0.65 L, the percentage of predicted FEV1 (%FEV1) was 102.3±22.4 (%), and the ratio of FEV1 to forced vital capacity (FVC; FEV1/FVC) was 72.6±11.6 (%).

A major limitation of the current analysis was that it was a retrospective study that was conducted at a single hospital. The investigators concluded that because FENO and the results of respiratory function testing and FOT reflect various aspects of asthma, these features merit combination and then comprehensive assessment. A larger-scale, multicenter, prospective study is warranted. 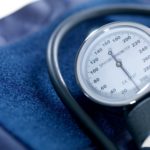