Pediatric patients free from asthma attack symptoms without the use of medication for ≥3 months often have irreversible airflow limitation suggestive of airway remodeling, a study in the Journal of Asthma suggests.

Children with well-controlled asthma (mean age 12.9 years; range, 8.1-18.0 years) were enrolled in the study (n=34). Study participants were enrolled only if they were free of asthma attack symptoms for ≥12 months without asthma treatment for ≥3 months prior to study start.

Significantly more participants with stable asthma without medication had a ≥20% improvement in respiratory function in the central and peripheral airways following bronchodilator inhalation, than patients with stable asthma with current medication (17.6 vs 2.0%, respectively; P <.01). For the high responder at total airways subtype without medications, the post bronchodilator forced expiratory volume in 1 second percent predicted was significantly lower than that observed in the low responder subtype in the same group (94.8±3.5% vs 104.1±1.5%, respectively; P <.05). In terms of fractional exhaled nitric oxide concentrations, there was no difference between the no-medication group and current-medication group (63.9±6.9 and 58.3±6.4 ppb, respectively).

Limitations of the study include the small sample size and the recruitment of patients from only an outpatient setting.

In addition to the primary findings from this small study, the researchers suggest that the results indicate “that the control of asthma by the long-term administration of drugs with anti-inflammatory effects may also help to prevent the progression of irreversible airway remodeling in asthmatic children.” 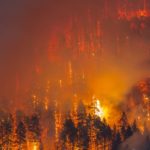