Primary care physicians reported varied preferences for glucocorticoid treatment of pediatric acute asthma exacerbations, with roughly half of physicians preferring oral prednisone/prednisolone and half preferring oral dexamethasone, according to findings published in the Journal of Asthma.

Researchers conducted a survey between February and May 2019 of primary care physicians affiliated with the Colorado Chapter of the American Academy of Pediatrics. A multidisciplinary team generated a survey that assessed respondents’ preferences for oral glucocorticoid and dosing regimens in children with acute asthma exacerbations. In addition, survey questions examined provider- and patient-level factors associated with preferences for glucocorticoid options, as well as perception of glucocorticoids with regard to treatment failure, symptoms resolution, and adherence. A total of 109 primary care physicians responded to the survey.

Dexamethasone was the treatment of choice in 44.0% of primary care physicians in surrounding emergency departments treating patients with asthma exacerbations. Another 41.3% of physicians had no preference and 14.7% reported a preference for prednisone/prednisolone.

In addition to efficacy (88.9%), patient adherence and ease of dosing were described as “very important” reasons for choosing dexamethasone by 81.5% and 77.8% of physicians, respectively. Compared with prednisone/prednisolone, primary care physicians did not perceive more treatment failure or more rapid symptom resolution with dexamethasone, but did report better perceived adherence.

Study limitations included the low response rates to the survey, the recruitment of physicians from a single state, and the subjective nature of the responses.

With regard to variation in physicians’ treatment preferences in this patient population, the investigators wrote that “[i]t is unclear if these inconsistencies impact clinical outcomes in primary care clinics.” 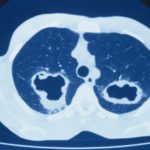