Emphysema progression, as measured on chest computed tomography (CT), is associated with increased all-cause and respiratory mortality in ever-smokers with emphysema, according to study results published in Radiology.

A potential limitation of this study was the use of objective quantitative measures for defining emphysema and measuring its progression, which the researchers say is difficult to accomplish with currently available objective means.

In spite of these limitations, the researchers concluded that their findings suggest “that objectively measured emphysema at CT is a clinically meaningful imaging biomarker that can be used for measuring disease progression.” 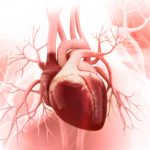 Current, Former Smokers With COPD and Severe Emphysema May Have Larger Aorta Diameters