Rural residence among veterans may be associated with increased 30-day mortality following hospitalization for chronic obstructive pulmonary disease (COPD), suggesting possible gaps in the care after discharge of the rural veteran population. Researchers conducted a retrospective cohort study examining COPD hospitalizations from 2011 to 2017 at 124 acute care Veterans Health Administration (VHA) hospitals in the United States. Results of the analysis were published in the International Journal of Chronic Obstructive Pulmonary Disease.

The investigators sought to explore the link between rural residency and in-hospital mortality among veterans who were hospitalized for exacerbations of COPD. They also examined whether comorbidities, demographics, transfer from another hospital, hospital-level characteristics, and travel time to the closest VHA hospital or primary care provider (PCP) could explain the disparities in mortality between rural and urban patients.

The primary study outcome was in-hospital mortality, which was defined using the date of death listed in the VHA Vital Status File and the occurrence of this date between the admission and discharge date inclusive. The secondary study outcome was 30-day mortality, which was defined as the occurrence of death within 30 days from hospital admission. Patients’ residence was classified via use of Rural Urban Commuting Area Codes as urban, rural, or isolated rural. Patient hospitalizations were stratified into quartiles based on travel time from the patient’s residence to the nearest VHA PCP and hospital.

The researchers concluded that additional research on the topic is warranted to explore the exact mechanism through which interhospital transfers affects mortality rates. 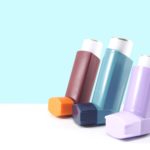