A cross-sectional study published in the Journal of Affective Disorders found that depression was more common among adolescents who fall asleep later and/or sleep less.

The ROOTS study recruited adolescents (N=688) at secondary schools in the United Kingdom between 2005 and 2007. Participants were evaluated for sleep features using a combined heart rate and movement sensor and a subset of participants underwent semi-structured interviews to assess demographics and psychosocial measures. Depressive symptoms were evaluated using the Mood and Feelings Questionnaire (MFQ) at the target ages of 14.5, 16, and 17.5 years.

The average sleep duration was 7 hours and 44 minutes with sleep onset occurring at 23:44. Girls on average slept 18 minutes longer than boys (P <.001).

The findings of this study may not be generalizable, as this study population was overwhelmingly White and most were socially advantaged.

The study authors concluded, “Cross-sectional associations with both sleep duration and sleep onset time were found, where sleeping less and later were associated with more depressive symptoms. Sleep onset time was a more robust predictor of contemporaneous depressive symptoms than sleep duration, accentuating the particular importance of adolescents going to sleep in a timely manner. Our cross-sectional findings highlight the importance of good sleep hygiene in adolescents, but also the need for a detailed investigation into the possibility and implications of reverse causality (whereby mental health predicts sleep).” 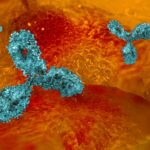