What every physician needs to know:

Pulmonary hypertension (PH) is a disorder of the lung circulation in which mean pulmonary artery pressure exceeds 25mmHg. There are many causes of PH, and it is critical to determine the etiology of PH prior to planning a course of treatment since the approach to therapy is dependent on the cause. Pulmonary arterial hypertension (PAH) is the term used for those conditions in which the increased pressure is due to intrinsic abnormalities of the arterial circuit.

Most patients with pulmonary hypertension present with dyspnea, which is usually initially exertional, but it progresses to dyspnea at rest as the disease progresses. This symptom is a manifestation of the progressive inability of the right ventricle to maintain adequate pulmonary blood flow against an increased afterload. Right ventricular failure ultimately manifests as jugular venous distention, hepatomegaly, edema, and ascites. If PAH is untreated, survival is usually two or three years. However, because of the remarkable adaptation of the right ventricle, patients with some forms of PAH, such as Eisenmenger’s syndrome, may live for many years despite severe pulmonary hypertension.

There are five main categories of PH:

Are you sure your patient has pulmonary hypertension? What should you expect to find?

The majority of patients with PH present with dyspnea. Less common symptoms are fatigue, chest pain, and syncope. The history may disclose a family history of pulmonary hypertension, a hypercoagulable state, or a history of prescription diet drugs or illicit drugs that are associated with the development of PH (amphetamines, cocaine).

Beware: there are other diseases that can mimic pulmonary hypertension:

Dyspnea is a nonspecific symptom that is common in a variety of cardiopulmonary conditions in addition to neuromuscular diseases or even deconditioning. Progressive dyspnea is particularly bothersome. Syncope from PH, which is typically exertional or post-exertional, is an ominous sign. A thorough evaluation, described below, will confirm that PH is present (or not present) and lead to establishing its etiology.

How and/or why did the patient develop pulmonary hypertension?

Patients with certain underlying diseases, such as scleroderma and other connective tissue diseases, congenital heart disease, HIV infection, and cirrhosis, irrespective of etiology, are at risk for the development of PAH. Estimates range from less than 0.5 percent to 15 percent of those with these underlying conditions who develop PAH. Heritable PH is due to several gene mutations, notably BMPR2 and ALK1, that account for approximately 25 percent of IPAH cases when carefully studied with genetic analysis, although only approximately 30 percent of mutated gene carriers develop the disease.

Prior use of fenfluramine diet drugs or illicit drugs also predispose patients to the development of PAH. Prothrombotic states, such as Antithrombin-3 deficiency, protein C or protein S deficiencies, Factor V Leiden, and anticardiolipin antibodies predispose to CTEPH. In the majority of patients, the reason for development of PAH is unknown.

Which individuals are at greatest risk of developing pulmonary hypertension?

The risk for developing PAH is probably greatest with scleroderma, with approximately 10-15 percent of scleroderma patients—usually those with the limited cutaneous form (CREST)–developing PAH. Risk of PAH appears to increase over time with antiretroviral therapy for HIV. Long-term users of drugs associated with PAH are at greater risk than are short-term (<3 months) users.

What laboratory studies should you order to help make the diagnosis, and how should you interpret the results?

The diagnostic approach has two objectives: to confirm that pulmonary hypertension is present and to establish its cause. After a careful history and physical examination, noninvasive studies, including ECG, echocardiogram, and chest radiograph, and other imaging, such as CT, pulmonary function studies, HIV tests and serologies, and CBC and liver function tests, should be performed. When clinically suspected, sleep-disordered breathing can be established by polysomnography. Lung VQ scan is the imaging study of choice to evaluate for CTEPH. A normal pattern of perfusion excludes operable CTEPH.

What imaging studies will be helpful in making or excluding the diagnosis of pulmonary hypertension?

While echocardiography is widely used to screen or and determine the presence of PH, it is insufficient to diagnose this condition definitively because of its unacceptably high false-positive and false-negative rates. Even so, it may identify etiologies, such as left-sided disease or intracardiac shunt. Ultimately, right heart catheterization is required to establish definitively that pulmonary hypertension is present, to confirm its etiology and severity, and to help guide management.

What non-invasive pulmonary diagnostic studies will be helpful in making or excluding the diagnosis of pulmonary hypertension?

Additional imaging studies, such as HRCT, VQ scan, CT angiogram, and conventional pulmonary angiography, may be needed in order to investigate interstitial lung disease and chronic thromboembolic disease. Cardiac MRI and transesophagealechocardiography have proven useful in determining the presence and site of intracardiac shunts noninvasively.

What diagnostic procedures will be helpful in making or excluding the diagnosis of pulmonary hypertension?

Right heart catheterization, the gold standard for diagnosis, can be performed safely in experienced hands, even in the face of severe PH. Pulmonary angiography identifies the presence of CTEPH and determines operability, but it should be performed at centers where clinicians are familiar with the criteria for operability.

What pathology/cytology/genetic studies will be helpful in making or excluding the diagnosis of pulmonary hypertension?

Lung biopsy is rarely needed to establish an etiology for PH, and it carries an unacceptably high risk of morbidity. Transbronchial biopsy yields insufficient tissue for diagnosis and carries a risk of bleeding.

For patients with PAH, general approaches include anticoagulation, cardiopulmonary rehabilitation, avoidance of pregnancy, and judicious use of diuretics. Specific therapies available for PAH include drugs of three classes: endothelin receptor antagonists (ERAs, Bosentan, Ambrisentan, and Macitentan), nitric oxide pathway promotors: phosphodiesterase type 5-inhibitors (PDE5i, Sildenafil, and Tadalafil) and soluble guanylate cyclase activator (sGCa, Riociguat), and prostacyclins (PGs, Epoprostenol, and Tresrostinil for intravenous use, Treprostinil and Iloprost for inhaled use, and Treprostinil for subcutaneous and oral administration).

The choice of agent and route of administration is usually based on the severity of illness (using functional class and other parameters of the disease state) and should usually be made in collaboration with physicians who are experienced with the management of this disease. Less than 5 percent of patients may be responsive to treatment with calcium-channel blockers; these patients appear to have or to have had a pure vasoconstrictive element to their condition at at least at one point in time. They can be identified at catheterization by demonstrating near-normalization of their hemodynamics in response to an acute, short-acting vasodilator like inhaled nitric oxide (iNO). Others than those who are “responders” should be considered candidates for CCBs, and the response may be lost over time, necessitating close monitoring.

What is the prognosis for patients managed in the recommended ways?

What other considerations exist for patients with pulmonary hypertension?

Double lung transplantation should be considered for patients who remain severely symptomatic despite aggressive medical therapy. Recent experience using ECMO or artificial lung as a bridge to transplant have been encouraging, but use of these invasive modalities requires considerable expertise. 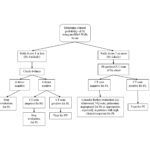