Does this patient have viral arthritis?

Viral-associated musculoskeletal complaints which may include arthralgia, arthritis and/or tenosynovitis – generally present in a non-specific manner; therefore a high index of suspicion and attention to epidemiologic features of viral infections associated with rheumatic features is important. In general, viral-associated musculoskeletal syndromes are characterized by constitutional symptoms and joint or musculotendinous pain with or without swelling.

The joint complaints may occur at any time during the course of the infection, but in general occur early for acute viral syndromes and have a variable time of onset in chronic forms of infection. Any constitutional disorder consistent with a viral illness combined with rheumatic complaints (i.e. arthralgia, arthritis, tenosynovitis, myalgia) is a logical starting point for suspecting a viral rheumatic syndrome. Virtually any viral illness can produce transient rheumatic complaints but in general, with the following exceptions, these are self-limiting and rarely come to the attention of the rheumatologist. The following viral infections may be accompanied by prominent and even dominant rheumatic complaints and require rheumatologic evaluation and treatment.

Viral infections can be classified as acute, latent with periodic reactivation, or chronic. Acute (or primary) infections are accompanied by self-limiting viremia. Examples include upper respiratory tract infections with miscellaneous viral pathogens such as rhinovirus or more severe infections such as influenza. The natural history of such infections includes gradual resolution with clearing of the invading pathogen. Some viral infections may begin with an acute primary infectious syndrome (either symptomatic or asymptomatic) followed by a period of latency, which may be lifelong. Periodic reactivation can occur in this model of latent infection, such as with herpes virus types 1 and 2 and varicella in the form of herpes zoster. Finally, a small number of viral infections are chronic replicating pathogens for the life of the host and these, in particular, are associated with a variety of complex rheumatic syndromes including arthritis and other musculoskeletal manifestations.

Occasionally, one of several highly characteristic features may be associated with a specific pathogen and may lead to early recognition (Table I) via pattern recognition. However, extreme caution should be exerted in such cases as most viral syndromes are non-specific.

The following are the essential features in terms of clinical manifestations, epidemiologic risk, diagnosis and management principles for the most common and important virally associated rheumatic syndromes.

Clinical: Parvovirus B19 is best known for causing the common childhood illness erythema infectiosum (fifth disease) which manifests as a “slapped-cheek” facial rash with fever. Parvovirus B19 infection may have prominent rheumatic manifestations, which are more common in those who acquire the infection as adults. Articular symptoms may mimic rheumatoid arthritis with symmetrical joint pain and swelling involving the small joints of the fingers, at times spreading in an additive fashion to other joints. There is often associated morning stiffness. These symptoms most often occur during the early stages of the infection. Synovitis is minimal and in general arthralgia is more common than frank arthritis.

Risk Factors: Infection is most common in young children, but adults frequently exposed to children are susceptible, including school teachers, day care workers and pediatric health care professionals. The virus is spread via the respiratory route. Outbreaks do occur, and during these times the household transmission rate can reach 50%.

Diagnosis: Diagnosis of Parvovirus B19 involves a high index of suspicion and must be confirmed by laboratory detection of specific IgM antibodies which can persist for weeks to months. IgG antibodies may or may not be present. Of note, autoantibodies including rheumatoid factor, ANA and also those directed against specific nuclear antigens such as double stranded DNA may be transiently positive.

Management: Treatment of arthritis and/or arthralgias from acute parvovirus infection is largely supportive with nonsteroidal anti-inflammatory drugs (NSAIDs), as symptoms usually resolve within a few weeks. The primary goal is to avoid erroneously diagnosing rheumatoid arthritis and embarking on aggressive therapy.

Clinical: Chikungunya is a mosquito borne virus that is a concern in the traveler to an endemic area who develops fever and joint pain. The majority of those infected with chikungunya virus will develop symptoms, usually within 3-7 days of transmission. The early phase of infection often presents with fever, rash, conjunctivitis, myalgias and arthralgias or arthritis. The articular symptoms are symmetric and involve the wrists, hands, ankles and toes. Periarticular swelling may be present and axial involvement is common. In later phases (> 10 days), articular symptoms persist while fever and rash tend to resolve. In the majority of patients the inflammatory arthritis is self-limiting but a proportion of patients will have persistent symptoms beyond 6 months, with a smaller proportion developing chronic arthritis.

Risk Factors: In the past chikungunya infection has been responsible for large outbreaks in Asia and Africa. Chikungunya is no longer limited to tropical countries and is now a global pathogen. Since 2015 it has infected over 1.5 million people in Central and South America. Humans are infected with chikungunya virus through the bites of infected mosquitos, mainly Aedes aegypti and Aedes albopictus. Blood borne transmission is possible between humans; rare cases of in utero transmission have been reported.

Diagnosis: Chikungunya disease should be considered in any traveller returning from an endemic area who has developed fever and joint pain within 15 days of their return. Laboratory diagnosis is made by detecting virus, viral nucleic acid, or specific IgM antibodies in serum or plasma. During the first week of infection, viral RNA may be detected in the serum. Testing is available through the Centers for Disease Control and Prevention, as well as many commercial laboratories.

Management: Management is largely symptomatic with NSAIDs, but usage of glucocorticoids, hydroxychloroquine, sulfasalazine and methotrexate have been reported in the setting of more chronic joint symptoms.

Clinical: Rubella infection manifests with rash and cervical lymphadenopathy. Up to 30% of patients can develop an associated arthritis, most often occurring within the week preceding the rash. Joint symptoms may also develop weeks after receiving the rubella virus vaccine. The pattern of arthritis is symmetrical, migratory and additive, involving the small joints of the hands, wrists and knees. Similar to infection with parvovirus B19, arthralgias are more common that a true arthritis. Tenosynovitis may also be present. In the majority of cases, joint symptoms resolve within several weeks.

Risk Factors: Rubella has been eliminated from the United States through introduction of the rubella vaccine in 1969. Prior to widespread vaccination, outbreaks of rubella would occur periodically during winter and spring months, with highest incidence seen in school-age children. Globally, rubella infection still occurs in countries that have not implemented vaccination programs.

Diagnosis: Diagnosis is made though detection of IgM-specific antibodies using an enzyme immunoassay.

Clinical: HCV infects nearly 200 million people worldwide and in the majority of cases is not clinically diagnosed. HCV is associated with cryoglobulinemia in less than 2% of infected patients but joint complaints including arthralgia, polyarthritis and migratory tenosynovitis may occur independently of cryoglobulinemic manifestations (i.e. palpable purpura, etc.).

Diagnosis: In the United States, screening tests are recommended for all individuals born between 1945 and 1965 irrespective of signs or symptoms. Screening is performed by testing for HCV-specific IgG antibodies and, if positive, is followed by detection of HCV-RNA by PCR. Of note is the fact that at least 50% of HCV infected individuals have rheumatoid factor activity, often at high levels, and thus this test may be confounding as it does not correlate with the presence of joint symptoms. Anti-CCP antibodies are not detected in the vast majority of patients.

Treatment: In general the initial approach to a patient with active HCV infection and presumed musculoskeletal symptoms (arthralgia, arthritis, tenosynovitis etc.) secondary to HCV is to refer the patient immediately for antiviral therapy. The use of direct acting antiviral drugs is now associated with virologic cure in ≥98% of patients. For patients unable to receive or failing such therapy the use of anti-rheumatic drugs of the lowest toxicity is preferred.

Clinical: HBV is a global pathogen estimated to infect 500 million individuals. It is considered a de-accelerating pathogen due to the success of global immunization. HBV has been associated with several rheumatic syndromes including acute polyarthritis which can resemble both acute rheumatoid and the classic syndrome of polyarteritis nodosa. In recent years these are considered extremely rare. Of greater concern in the modern era is the syndrome of HBV reactivation in patients undergoing immunosuppressive therapy.

Risk Factors: Intravenous drug use, high risk sexual activity, transfusion of blood products before 1971 or immigration from a geographic area of high endemic infection rates (i.e. most of Asia and Africa).

Diagnosis: In a patient with risk factors for HBV and acute polyarthritis (often accompanied by a small vessel vasculitis i.e. purpura or urticarial) or a syndrome consistent with polyarteritis, screening tests for acute HBV should be performed. Unexplained elevations of liver enzymes may be an initial clue; jaundice and liver failure are often absent. Screening for acute HBV relies on detection of HBsAg and IgM antibody to hepatitis b core antigen. Such patients can be confirmed to be viremic by detecting HBV-DNA in blood by PCR.

Management: Patients with acute HBV arthritis or polyarteritis need to be immediately referred to hepatology for prompt administration of antiviral therapy. In most cases, adjunctive immunosuppression may be unnecessary or short-term.

Clinical: HIV is worldwide pandemic that still infects 37 million people. Over the course of the past nearly four decades and in particular since the introduction of combination antiretroviral therapy, HIV infection has transformed into a chronic, complex, but manageable disease. Rheumatic syndromes, which included reactive arthritis-like illness, psoriatic arthritis and idiopathic inflammatory arthritis of undetermined etiology have become exceeding rare but still persist. Any rheumatic symptom or sign that is medically unexplained in an HIV infected patient should be considered potentially HIV-related.

Diagnosis: HIV testing is constantly evolving and current tests (4th generation) utilize a screening strategy that automatically employs ELISA screening and confirmatory follow up testing obviating the need to confirm with Western Blot testing as in the past.

Management: Any patient with documented HIV infection must be referred to a clinician with explicit expertise in the management of the disease. In general, many rheumatic manifestations that cannot be explained independently must be considered potentially HIV-related. Furthermore many HIV infected patients, many of whom are aging, may present with nosologically defined rheumatic diseases (i.e. osteoarthritis, gout etc.) and need rheumatic care. Major concerns in managing these patients are the untoward effects of immunosuppression therapies and drug-drug interactions with the background complex antiviral regimen.

How to utilize team care?

The diagnosis and management of virally associated musculoskeletal syndromes is based on two principles. First is that most acute forms of viral associated arthritis (e.g., rubella, B19) are self-limiting; avoiding harm is of the highest importance. Second, for chronic viral infections the cornerstone of management is intense interprofessional collaboration with appropriate specialists, as most rheumatic complications will respond, at least in part, to control of the underlying infection. 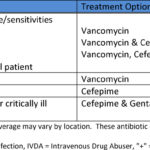