Local and systemic adverse effects were found to be less common among individuals in the United Kingdom who received the COVID-19 vaccine compared with those reported during phase 3 trials, according to results of a prospective observational study published in Lancet Infectious Diseases. The study also found that both the Pfizer-BioNTech and Oxford-AstraZeneca vaccines significantly decreased the risk for SARS-CoV-2 infection 12 days after administration of the first dose.

Between December and March 2021, investigators analyzed data from the UK’s COVID Symptom Study app that captured individuals’ self-reported systemic and local adverse effects within 8 days of receiving the first or second dose of either the Pfizer-BioNTech or Oxford-AstraZeneca COVID-19 vaccines. The investigators adjusted the data to account for differences in the population, such as vaccine type, age, sex, healthcare worker status, and comorbidities. They also compared COVID-19 infection rates of individuals who received the first dose of either vaccine vs unvaccinated controls.

Of 103,622 vaccinated individuals and 464,356 unvaccinated controls, results of polymerase chain reaction testing and lateral flow assay showed that 3% and 11% were positive for SARS-CoV-2 infection, respectively.

The study was limited by the self-reported nature of the data and potential selection bias for healthcare workers in regard to those tested for SARS-CoV-2 infection after vaccination. In addition, none of the individuals who used the COVID Symptom Study app had received a second dose of the AstraZeneca vaccine during the study period.

“Our data could be used to inform people on the likelihood of [adverse] effects on the basis of their age and sex and the type of vaccine being administered,” the investigators noted. They also noted that compared with existing phase 3 trial data, both vaccines were associated with a significantly decreased rate of severe and mild adverse effects.

Disclosure: Some study author(s) declared affiliations with biotech, pharmaceutical, and/or device companies. Please see the original reference for a full list of disclosures. 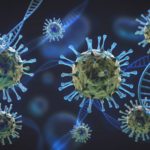