The Food and Drug Administration (FDA) is requiring new warnings be added to the prescribing information for gabapentinoids about the risk of respiratory depression. This class of drugs includes gabapentin (Neurontin, Gralise, Horizant) and pregabalin (Lyrica, Lyrica CR).

Based on these findings, the FDA recommends that clinicians who co-prescribe gabapentinoids with another CNS depressant, particularly an opioid or benzodiazepine, initiate the gabapentinoid at the lowest dose and monitor patients for respiratory depression; the same recommendation should be followed in patients with an underlying respiratory disorder or in elderly patients. As gabapentin and pregabalin are both renally excreted, the doses of these agents should be adjusted in patients with renal impairment and in those undergoing hemodialysis.

If respiratory depression develops, a reduction or withdrawal of the CNS depressant or the gabapentinoid may be warranted; for those who use gabapentinoids for analgesia or seizure control, tapering the dose, based on guidance provided in the FDA-approved labeling, is recommended prior to discontinuation.

In addition to the new labeling updates, the FDA is requiring drug manufacturers to conduct clinical trials to further evaluate the abuse potential of gabapentinoids, with a special focus on the respiratory depressant effects of the drugs when used as monotherapy and in combination with other CNS depressants. 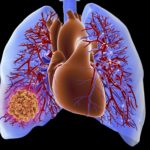