In patients with malignant pleural effusion, elevated pleural elastance (E-PEL) and incomplete lung expansion are frequently observed after thoracentesis. These findings were published in CHEST.

A total of 70 consecutive patients with malignant pleural effusion were retrospectively identified and included in the analysis. Only patients who received complete therapeutic pleural drainage with concomitant pleural manometry were included. Immediately after thoracentesis, a post-thoracentesis anteroposterior view chest radiograph was performed. To determine the frequency of E-PEL and the association of PEL with post-thoracentesis chest radiographic findings, researchers constructed and examined pressure/volume curves.

Limitations of the study included the retrospective nature, the inclusion of patients from a single center, and the lack of investigation into the mechanisms that contributed to the discordance between incomplete lung expansion and E-PEL results.

According to the study investigators, the findings “suggest that pleural manometry may have a role in addition to the post-thoracentesis chest radiograph in selecting patients for pleurodesis; however, confirmation of this conjecture would require a similar study to ours plus an analysis of pleurodesis outcomes.” 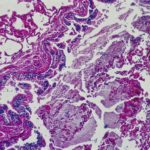