The surgical management of patients with massive pulmonary embolism (MPE) and high-risk submassive PE (SMPE) was found to be safe and highly effective for achieving right ventricular (RV) recovery, researchers reported in the Journal of the American College of Cardiology.

Overall mortality was 4.4% (SMPE, 1.1%; MPE, 11.6%), and none of the deaths was secondary to RV failure. Morbidity and mortality were highly associated with preoperative cardiopulmonary resuscitation, according to a subgroup analysis.

Study limitations include its retrospective nature, and the lack of a control group (eg, treated nonsurgically or with an alternative therapy).

“Although various association and society guidelines either do not mention the use of embolectomy or ECMO or relegate their use to strictly salvage situations, our data add to a growing body of research suggesting that modern surgical outcomes warrant consideration of these therapies for patients with MPE and high-risk SMPE,” noted the study authors. 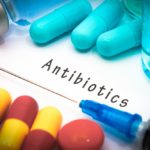