After total cavopulmonary connection (TCPC), patients were found to have long-term reduced exercise capacity, and as patients aged, the decline in exercise capacity paralleled the general population, according to findings from a retrospective study published in ESC Heart Failure.

Patients (N=288) who underwent TCPC at the Charles University in Prague and Motol University Hospital in the Czech Republic between 1992 and 2016 were assessed for clinical characteristics and underwent cardiopulmonary exercise testing and semi-quantitative echocardiographic evaluation.

Among the patient group, peak oxygen uptake was highest among boys in early childhood (aged 6-10 years), declining linearly with age. Women and girls had a steeper decline in exercise capacity compared with men and boys. Compared with reference values for the general population, the patients who underwent TCPC did not exhibit a peak in exercise capacity during puberty.

Among individuals with longitudinal data (n=206), the mean decline in peak oxygen uptake was 36.6 mL/min/kg – 0.41 ´ age, which did not differ significantly from the decline observed among the general population (P =.47). However, the TCPC cohort had a lower exercise capacity, given their age (P <.00001).

This study may have been limited by not taking atrioventricular valve regurgitation into consideration.

“[TCPC] patients have significantly reduced exercise capacity with a linear decline from adolescence to third decade of life,” the study authors said. “The rate of decline is faster in women and is not significantly affected by ventricular morphology or pre-TCPC pulmonary artery size.” 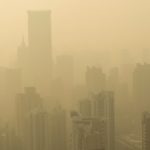 Most of World’s Urban Population Live in Areas With High PM₂.₅