SAN FRANCISCO — The implementation of a short acting beta-agonist (SABA) reduction program was associated with more patients fulfilling an asthma medication ratio (AMR) ≥0.5 according to research presented at the annual meeting of the American Academy of Allergy, Asthma & Immunology (AAAAI) held February 22-25 in San Francisco.

The AMR is calculated by taking the number of controller medications and dividing it by the total number of medications (controller + rescue medications), and an AMR ≥0.5 is associated with better patient outcomes.

Researchers sought to determine whether a multidisciplinary SABA reduction program would significantly increase the percentage of patients who reached an AMR ≥0.5. They conducted a retrospective observational study of 1084 patients (ages 18-65) with asthma that met Health Effectiveness Data and Information Set criteria using data from Kaiser Permanente Northern California in San Francisco. The SABA reduction program began on April 1, 2015, and the researchers examined the year before and the year after the program was implemented. The SABA reduction program included intensive asthma education for primary providers, patient outreach, and pharmacists changing SABA refills to 0.

Before the implementation of the SABA reduction program, 71% of patients met an AMR goal ≥0.5, but after the implementation, 84% of the patients met this goal (P <.01). Although there was no statistically significant association between emergency department visits and hospitalizations and meeting the AMR goal, presenting author Melissa Itsara, MD, of the University of California Davis, noted that the total numbers were reduced after the SABA reduction program was introduced.

In addition, multivariable logistic regression revealed that patients who were younger, male, or black or Hispanic had a lower likelihood of achieving the AMR goal after program implementation. Dr Itsara noted that by identifying these potential demographic risk factors, healthcare professionals could target resources and develop appropriate programs for the future. 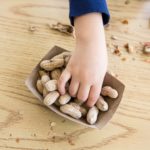