Researchers conducted a post hoc analysis of the LIBERTY ASTHMA QUEST study (ClinicalTrials.gov Identifier: NCT02414854) to assess the effect of dupilumab in treating patients with uncontrolled, moderate to severe asthma by using a multicomponent endpoint representing several dimensions of clinical asthma remission. This endpoint included having no exacerbations, scoring less than 1.5 on the 5-item Asthma Control Questionnaire (ACQ-5), and a postbronchodilator forced expiratory volume in 1 second (FEV1) of at least 80%, as assessed at weeks 24 and 52.

A total of 348 patients treated with dupilumab (200/300 mg every 2 weeks combined) and 195 matched placebo-treated patients with baseline postbronchodilator FEV1 of less than 80%, fractional exhaled nitric oxide (FeNO) of at least 25 ppb, and eosinophil count of at least 150/µL were included.

A total of 70 (20.1%) patients treated with dupilumab achieved clinical remission at week 52 compared with 9 (4.6%) patients who received placebo. Of note, patients who did not achieve clinical remission but were treated with dupilumab had fewer exacerbations compared with placebo (adjusted annualized rate of severe exacerbations at week 24: 0.63 vs 1.51; week 52: 0.56 vs 1.46).

We interviewed one of the lead researchers, Ian Pavord, MD, professor of respiratory medicine at University of Oxford in the United Kingdom to learn more about the group’s findings.

Editor’s Note: This interview has been edited for length and clarity.

In general, how might these findings affect treatment management for patients with type 2 inflammatory asthma?

Asthma remission represents a clinically meaningful goal for asthma management in the era of therapeutics that target underlying disease pathobiology; the medical community is still trying to understand what measures may best describe clinical remission in patients with asthma. The results from the LIBERTY ASTHMA QUEST trial showed that more dupilumab-treated patients were able to achieve clinical asthma remission, as defined in this analysis, compared with placebo during a 1 year treatment period.

Between week 24 and week 52, there were 33 patients who no longer met the definition of clinical remission. What were some of these patients’ characteristics (eg, longer duration of disease, worse lung function to start, etc.)?

Dr Pavord: We are not presenting a subgroup analysis on patients who achieved or did not achieve clinical asthma remission at this meeting, but that could be an interesting question for future presentations.

Are there any plans to assess clinical remission in patients for longer than 12 months?

Dr Pavord: The open-label extension of the dupilumab asthma trials has gathered data up to 3 years of treatment, but I am not aware of plans for remission analysis on those data. 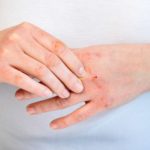