HOUSTON — Mepolizumab reduced the number of exacerbations in patients with severe asthma, but exacerbations per month remained relatively stable throughout the year without a clear seasonal influence, according to research presented at the 2019 Annual Scientific Meeting of the American College of Allergy, Asthma, & Immunology, held November 7 to 11, in Houston, Texas.

Prior studies have shown a seasonal influence on symptoms, medication use, and hospitalizations in patients with asthma, but there are limited published data on this influence in patients with severe asthma who are being treated with a biologic.

Investigators of this retrospective analysis used real-world data to examine the effect of seasonality on exacerbations pre and posttreatment with mepolizumab. The rates of asthma exacerbations for 12 months before initiating mepolizumab were compared with the rates 12 months after receiving mepolizumab. Exacerbations were defined as an inpatient hospital admission with a primary asthma diagnosis or an outpatient/emergency department visit with an asthma diagnosis and at least 1 dispensing of systemic corticosteroids for approximately 5 days. Exacerbations by month for 12-month baseline and 12-month follow-up were examined in a post hoc analysis.

Study investigators concluded, “The number of exacerbations per month appeared relatively stable throughout the year. Patients with severe asthma in this cohort did not reflect a clear seasonality of exacerbations.” 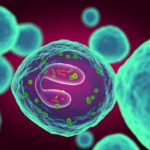