COPD Frequently Misdiagnosed, Undiagnosed in Individuals With or Without HIV - Pulmonology Advisor

SAN DIEGO — Chronic obstructive pulmonary disease (COPD) is frequently both misdiagnosed and undiagnosed similarly in individuals with and without HIV, according to research presented at the American Thoracic Society (ATS) 2018 International Conference.

Researchers conducted a secondary analysis using data from the Examinations of HIV Associated Lung Emphysema study at 4 Veterans Affairs medical centers participating in the Veterans Aging Cohort Study from 2009 to 2012.

Researchers compared ICD-9 diagnosis with spirometry-based diagnosis of COPD and examined medication prescriptions in the year before and after enrollment. Individuals with and without HIV were compared using chi-squared testing.

“Inappropriate [inhaled corticosteroids] use may be of particular concern in individuals [with HIV] given the increased risk for pneumonia and medication interactions. Implementation strategies to improve guideline-concordant COPD diagnosis and management are needed as patients [with HIV] are aging with increasing prevalence of comorbid COPD,” concluded the researchers. 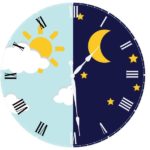