“We hypothesized that the effects of marijuana smoking on lung function are determined by the lifetime burden of smoking,” stated lead author Wan-Cheng Tan, MD, associate professor at the The James Hogg iCAPTURE Centre for Cardiovascular and Pulmonary Research, British Columbia University in Vancouver.

This study’s principal aim was to determine the longitudinal effect of marijuana smoking on the FEV1 of adults ≥ 40 years. Researchers recruited 5291 participants from the general population in Canada. Participants were interviewed via questionnaires to determine respiratory history and marijuana and tobacco smoking. The study subgroups included 43.5% (n=2299) who never smoked marijuana or tobacco, 36.4% (n=1926) who only smoked cigarettes, 3.4% (n=181) who only smoked marijuana, and 16.7% (n=885) who smoked both marijuana and cigarettes. To determine whether smoking marijuana was associated with increased decline in FEV1 compared with the non-marijuana and non-cigarette smokers, study investigators used a linear mixed effects model.

To establish a baseline, spirometric tests were performed on a longitudinal cohort of individuals before and after they received 200 µg of salbutamol. Thereafter, participants were assessed at 18-month intervals. Adjustments were made for baseline FEV1, concomitant tobacco smoking, sex, age, body mass index, and the interface between time and FEV1 at baseline.

The increased FEV1 decline for marijuana smokers vs nonsmokers (β -14.57; 95% CI, -22.74 to -6.41) was similar to that of cigarette smokers vs nonsmokers (β -15.84; 95% CI, -21.16 to -10.52). The results demonstrate that smoking marijuana, either alone or with cigarettes, increases lung function decline, and should be regarded as a risk factor for the progression of chronic obstructive pulmonary disease. 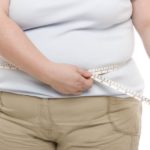 Overweight, Obesity Linked to Asthma Development in Children and Adolescents