HealthDay News — Chronic rhinosinusitis (CRS) is associated with increased risk for cholesteatoma, according to a study published online in JAMA Otolaryngology-Head & Neck Surgery.

Chin-Lung Kuo, MD, PhD, from the National Yang-Ming University in Taipei, Taiwan, and colleagues used data from a nationwide, population-based claims database to examine the risk of cholesteatoma in patients with CRS. Data were included for 12,670 patients with newly diagnosed CRS and a comparison cohort of 63,350 matched individuals without CRS. Patients were followed for 8 years for cholesteatoma.

The researchers found that 209 patients developed cholesteatoma during the 8-year follow-up: 66 from the CRS cohort and 143 from the comparison cohort. Per 1,000 person-years, the incidence of cholesteatoma was 0.65 and 0.28 among those with and without CRS, respectively; the absolute difference in the incidence density was 0.37 per 1,000 person-years. Patients with CRS had a significantly increased risk of cholesteatoma within 8 years compared to those without CRS (hazard ratio [HR]: 1.69), after adjustment for potential confounders. The 8-year cholesteatoma-free survival rate was significantly lower for patients with versus those without CRS. The absolute difference in the 8-year cholesteatoma-free survival rate between the groups was 0.0029.

“The purpose of the study was to draw attention to the possibility of development of cholesteatoma among patients with CRS,” the authors write. “Because that possibility exists, clinicians should keep this association in mind as well as the importance of a thorough head and neck examination.” 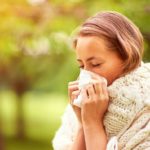