Patients in the United States who present to their physicians for drug allergy assessments have expressed concerns about their potential options for medical treatments, experiencing an allergic reaction, and seeking a diagnosis, according to the results of an analysis published recently in The Journal of Allergy and Clinical Immunology: In Practice.

Patients’ characteristics and concerns were captured at specialist visits via electronic questionnaires from the Behavioral Risk Factor Surveillance System, National Health Interview Survey, Generalized Anxiety Disorder 7-item, and Patient Health Questionnaire. As the allergy information evaluated in this study was derived completely from patient self-reports, the researchers used the term “reported” drug allergy in their findings.

Of the patients evaluated, 38% had only 1 reported drug allergy, 37% had 2 to 3 reported drug allergies, 13% had 4 to 5 reported drug allergies, and 13% had ≥6 drug allergies. Of the non-penicillin allergies, those most often reported included cephalosporins (12%), sulfonamide antibiotics (12%), general/local anesthetics (7%), nonsteroidal anti-inflammatory drugs (3%), and chemotherapeutic agents (2%). The most commonly reported allergic reactions were rash (62%), hives (54%), itching (48%), flushing/facial redness (28%), and swelling/angioedema (24%). Additionally, 8% of participants reported experiencing anaphylaxis.

The investigators concluded that patient concerns can help to inform physician-patient discussions and clinical approaches. Future studies are warranted, in which these concerns are incorporated into structured survey instruments or included in quality-of-life assessments for patients with drug allergy. 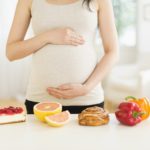 Gestational Weight Gain May Be Linked to Childhood Allergic Conditions