The prevalence of angioedema induced by angiotensin-converting enzyme (ACE) inhibitors was found to be higher in African Americans compared with other races, according to research presented at the CHEST Annual Meeting’s virtual event, held October 18 to 21, 2020.

In this retrospective cohort study, data of 1000 patients with confirmed angioedema who were admitted to or observed at a large tertiary medical center between 2012 and 2018 were examined. Variables assessed included sex, race, and treatment with ACE inhibitors and/or angiotensin II receptor blockers (ARB) at time of diagnosis.

”[T]he use of ACE inhibitors is increasing as a first-line of anti-hypertension agents in view of its potent blood pressure lowering effects and the mortality benefits it carries,” noted the study authors.  “Given the staggering increased incidence of ACE inhibitor-induced angioedema in African Americans, it is probably safer to choose other options for controlling hypertension,” they added. In cases in which ACE inhibitors need to be used, clinicians should closely monitor potential side effects. 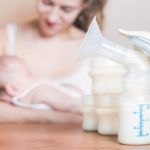