The Food and Drug Administration (FDA) has granted Priority Review to mepolizumab (Nucala; GlaxoSmithKline) for the treatment of hypereosinophilic syndrome (HES).

HES is a rare group of inflammatory disorders characterized by persistent eosinophilia that can potentially lead to inflammation, organ damage, and possibly death if left untreated. Mepolizumab is an interleukin-5 (IL-5) antagonist that works by preventing IL-5 from binding to its receptor on the surface of eosinophils, reducing blood eosinophils to normal levels.

The application is supported by data from a 32-week, randomized, double-blind, placebo-controlled phase 3 study that assessed the efficacy and safety of mepolizumab in 108 patients aged ≥12 years with severe HES, defined as ≥2 HES flares within the past 12 months and a blood eosinophil count of ≥1000 cells/µL. Patients were randomized to receive either mepolizumab 300mg subcutaneously every 4 weeks or placebo. The primary end point was the proportion of patients who experienced an HES flare during the 32-week treatment period.

Results showed that mepolizumab met the primary end point with significantly fewer patients experiencing an HES flare compared with placebo (56% vs, 28%, respectively; P =.002). Additionally, mepolizumab met all secondary end points with statistical significance, including reduced risk in the time to first HES flare, reduced annualized rate of HES flares, and improved fatigue scores. With regard to safety, mepolizumab was found to be consistent with its already known profile.

The FDA previously granted Fast Track and Orphan Drug designations to mepolizumab for the treatment of HES.

Mepolizumab (Nucala) is currently approved for use as an add-on maintenance treatment for patients with severe asthma with an eosinophilic phenotype. It is also indicated in the treatment of eosinophilic granulomatosis with polyangiitis. 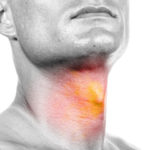