Sensitization to Aspergillus fumigatus increased the risk for severe asthma and exposure to A fumigatus and Penicillium spp was associated with increased impairment of lung function regardless of sensitization, according to the results of a study published in the Annals of Allergy, Asthma & Immunology.

Considerable evidence suggests that mold sensitization is associated with asthma exacerbations and disease severity. Studies have also suggested that indoor dampness and the presence of mold affects respiratory health. Muriel Vincent, PhD, of the Program Allergology—Scientific Service Immunology in Brussels, Belgium, and colleagues conducted a case-control study in patients with asthma living in Brussels and enrolled in Brugmann University Hospital between May 2012 and September 2015 to determine the relationship between mold exposure, sensitization, and asthma.

The investigators tested 64 patients diagnosed with asthma according to the Global Initiative for Asthma (GINA) guidelines for sensitivity to A fumigatus, A alternata, Penicillium chrysogenum, and Cladosporium herbarum using skin prick test and/or cellulose acetate membrane precipitin test. Participants were then categorized as cases or controls based on their test response. The researchers evaluated individuals for symptoms based on spirometry measurements — including pre and postbronchodilator forced expiratory volume in one second (FEV1), forced vital capacity (FVC), FEV1/FVC — and the need for treatment. A study team conducted home mold exposure evaluations in the dwellings of 23 cases and 18 controls.

Mold-sensitized patients had higher total serum immunoglobulin E (IgE) concentrations and a higher degree of broncho-obstruction as indicated by FEV1/FVC. In addition, blood eosinophil counts were higher and FEV1 lower in case patients, although not significantly. Patients who had major sensitization to A fumigatus were more likely to have severe asthma than controls (50% vs 15.6%; odds ratio [OR] 5.4; P =.059).

In contrast, patients with major sensitization to A alternata or other indoor species (P chrysogenum, P brevicompactum, C cladosporioides, and C sphaerospermum) did not differ significantly in biologic and lung function parameters from controls. Furthermore, when patients sensitized to A fumigatus were excluded from the analysis, the total serum IgE did not differ significantly between control and case participants. 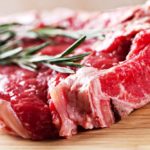