The routine use of component-resolved diagnosis (CRD) to obtain a more accurate sensitization profile and to identify symptom-triggering antigens may offer significant benefits to patients with respiratory allergic diseases, as opposed to the use of a conventional skin prick test (SPT).

A cross-sectional, multicenter study was conducted among patients admitted for symptoms of respiratory allergy to the otorhinolaryngology department of 3 hospitals in the Balearic Islands in Spain between October 2012 and November 2013. The results of the analysis were published in the journal Clinical and Molecular Allergy.

Investigators sought to compare sensitization profiles that were established by SPT and CRD in patients with respiratory allergic diseases, as well as to examine the association between sensitization and type/severity of the respiratory illness. Extracts from pollens, molds, and a variety of house dust mites were tested by SPT; CRD was used to measure immunoglobulin E against the corresponding antigens.

A total of 101 participants were included in the analysis. Time from onset of respiratory symptoms to diagnosis ranged from 1 to 30 years, with no differences noted with respect to the frequency of both perennial and seasonal symptoms. The most common allergic disease was rhinitis alone, which was followed by rhinitis plus asthma. Asthma alone was detected in only 2% (2 of 101) of the participants.

The investigators concluded that the use of CRD in an otorhinolaryngology setting may prove beneficial in the management of patients with respiratory allergic diseases, particularly because SPT has limitations in terms of determining sensitization profiles. 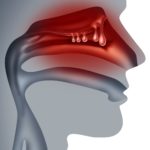