ACA Improved Uninsurance Rates in COPD and Asthma, But Not Affordability - Pulmonology Advisor

While the Affordable Care Act (ACA) effectively reversed coverage losses for patients with airway disease, neither care affordability nor disparities improved for these patients, according to study results in CHEST.

Researchers conducted an analysis of time-trends in health coverage and medical care and drug affordability data from the 1997 to 2018 National Health Interview Survey. Data were included for adult patients with asthma and chronic obstructive pulmonary disease (COPD) both overall and stratified by income and race and ethnicity. A total of 76,843 adults with asthma and 30,548 with COPD were included in the final analysis.

Delayed/forgone medical care and forgone prescriptions medications because of costs rose rapidly during the first decade of the 21st century and fell in the second decade, but there was no significant change in either outcome between 1997 and 2018. The investigators observed persisting racial and ethnic and economic disparities over time.

A limitation of this study was the reliance on survey data, which included self-reported diagnoses rather than spirometry data or clinician-confirmed diagnoses.

The investigators concluded that these trends “shed light both on potential threats to the health of patients with airway disease during the current tumult and the potential benefits of policies to assure universal, comprehensive coverage.” 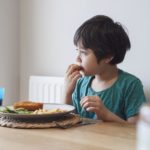