Children of East Asian ancestry who were born in Australia have a higher burden of most allergic diseases during the first 6 years of life, according to a study published in The Journal of Allergy and Clinical Immunology. However, immunoglobulin-E (IgE)-mediated food allergy and eczema at age 1 year increase the risk of asthma and allergic rhinitis regardless of ancestry.

Evidence suggests that the risk of atopic disease is affected by both ancestry and environment during early life. Previous studies have indicated that children of Asian descent born in Australia have a very high rate of eczema and food allergy in early childhood. Up to 50% of children with East Asian parents have eczema and 25% have food allergies by age 1 year. However, children who were born in Asia and then migrated to Australia in early childhood did not appear to have an increased risk for food allergy.

To compare the prevalence and risk factors for allergic rhinitis, asthma, and aeroallergen sensitization at age 6 years between children with East Asian-born parents and children with Caucasian parents, researchers recruited 5276 1-year-old infants to participate in a population-based longitudinal study of allergy. By the age of 6 years, a total of 4455 children (84.4%), including 3015 with Caucasian ancestry and 415 with East Asian-born parents participated in the follow-up. Children underwent skin prick tests to aeroallergens, and questionnaires provided data on asthma, eczema, and allergic rhinitis.

Children of East Asian-born parents had an increased risk for allergic rhinitis (19.9%) compared with children of Caucasian ancestry (9.3%), and aeroallergen sensitization showed a similar pattern, with a rate of 64.3% in those of East-Asian extraction vs 34.4% in those with Caucasian ancestry at age 6 years (P <.001). However, the investigators found no significant difference for asthma (9.1% vs 11.7%, respectively). In contrast, IgE-mediated food allergy and eczema in infancy increased the risk for asthma 3-fold and the risk for allergic rhinitis 2-fold at age 6 years regardless of the child’s ancestry.

The finding that asthma, unlike other allergic diseases, was not more common in children of East Asian parents was unexpected. The authors suggested that differences in lung function may partially account for this outcome. The greater risk for other allergic diseases, such as IgE-mediated food allergy, eczema, aeroallergen sensitization, and allergic rhinitis may be the result of immune system adaptations to the high prevalence of parasites in the tropical regions of East Asia.

The authors also noted that that age at the time of migration has been shown to be an important factor for prescription of asthma medication, suggesting that environmental exposure during early life is a critical risk factor. 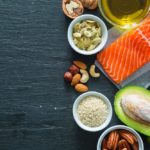