Among adults with asthma, clear differences exist between comorbidities and disease characteristics based on the patient’s age of disease onset, with late-onset asthma more often being uncontrolled, according to study findings published recently in The Journal of Allergy and Clinical Immunology: In Practice.

Asthma can occur at any age and has been found to affect roughly 5 percent of the adult population, noted study authors. Asthma prognosis varies widely with onset age, with recent research categorizing age of asthma onset as: childhood (onset before 18 years of age), adult (onset from 18 through 39 years of age), and late (onset from 40 years of age or more). Because little is known about how comorbidities relate to asthma age of onset, researchers sought to examine differences in comorbidities between patients who contract asthma at various stages in life.

In the total study population of 586,436, comorbidities most often seen by researchers were overweight/obesity (50%) and atopic disorder (31%). Other comorbidities (including chronic rhinosinusitis, diabetes mellitus, gastroesophogeal reflux disease, and nasal polyposis) had much lower prevalence rates of between 2% and 8%, the researchers noted.

The researchers concluded their analysis “demonstrates consistent differences in asthma related comorbidities, asthma control (ie, exacerbation rates) and severity of asthma between childhood-onset, adult-onset, and late-onset phenotypes of adult asthmatics. Further research on the pathophysiological basis of these differences might give better insights into the clinical utility of these phenotypes towards personalized asthma management.”

Study limitations include unconfirmed patient self-reporting of their age of asthma onset and comorbidities, as well as the lack of detailed medical test information on patients and the exclusion of patients with both asthma and COPD.

Disclosure: This research was supported by industry (GlaxoSmithKline). Some study authors declared affiliations with biotech, pharmaceutical, and/or device companies. Please see the original reference for a full list of authors’ disclosures. 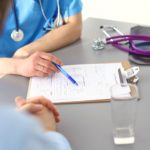