The use of budesonide-formoterol as needed in patients with mild asthma may not be inferior to twice-daily budesonide as it relates to the rate of severe asthma exacerbations, but may be inferior for symptom control, according to a study published in the New England Journal of Medicine.

The purpose of the study was to compare the rate of severe exacerbations in individuals treated with budesonide-formoterol as needed with those treated with budesonide maintenance therapy. In addition, the Asthma Control Questionnaire-5 (ACQ5) was used to assess symptoms in all participants. A total of 94.1% of individuals completed the trial, with 90.8% completing treatment.

Clinicians should consider the use of budesonide-formoterol in individuals with mild asthma because the rate of severe exacerbations was not inferior to budesonide maintenance therapy while containing a significantly lower amount of inhaled glucocorticoids, but should also consider the increased use of as needed medications when placing an individual on this treatment plan. 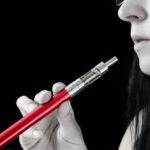 Greater Use of Tobacco Products Among Youth With Asthma