Women with asthma are more likely to obtain fertility treatments compared with women who do not have asthma.

According to research presented at the European Respiratory Society International Congress held from September 9-13 in Milan, Italy, among the 744 pregnant women with asthma enrolled in a study, 12% had undergone fertility treatment prior to becoming pregnant while 7% of women without asthma in the control group had received fertility treatment.

The investigators noted in a written statement that the study does not prove asthma contributed to fertility difficulty in some women, but they suggested that addressing women’s asthma control may make becoming pregnant easier.

“We don’t have the hard-core evidence,” noted Charlotte Suppli Ulrik, MD, DMSc, from the Hvidovre Hospital in Demark, who supervised the study, “but based on what we know, it seems very likely that good asthma control will improve fertility in women with asthma by reducing the time it takes to become pregnant and, therefore, the need for fertility treatment.”

Women with asthma were matched with 3 consecutive women without asthma who gave birth at the same hospital. The investigators analyzed the births in both groups as “spontaneous conception” or based on assisted-reproductive technology (eg, in vitro fertilization or intrauterine insemination). They did not examine the cause of infertility.

Adjustments were made for age, body mass index, smoking status, having prior children, and marital/same-sex partnership status. According to Dr Ulrik, one limitation of the study is that the 2 groups might have differed on socioeconomic status or lifestyle factors. However, she noted the following, “…[W]hen it comes to fertility for women, age is a crucial factor — so the message, particularly for women with asthma, is don’t wait too long, as it might reduce your chance of having children.” 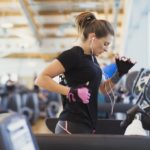 Diet and Exercise May Improve Asthma Symptoms in Non-obese Patients