Researchers conducted a large, nationwide, case-cohort study in Finnish children born between January 1, 1981 and December 31, 2008. Children who were diagnosed with asthma (n=81,473) or T1D (n=9541) up to aged 16 years by the end of 2009 were identified from the Central Drug Registry. A 10% random sample was selected from each birth year cohort to serve as a reference cohort (n=171,138). The investigators used a multistate modeling approach to estimate transition rates between healthy and disease states from birth.

A number of study limitations were noted, including the inability to verify the initial starting point of the disease process and the absence of information on some important environmental factors affecting the development of both diseases, such as infections and nutritional factors, which may have contributed to residual confounding.

The investigators suggested that the inhaled corticosteroids often used in the treatment of asthma may underlie the association between asthma and T1D, although the role of corticosteroid therapy in the pathogenesis of the disorder is still debated. As a consequence, they called for more studies to extricate the relationship between the 2.

The association between the 2 autoimmune disorders is more complex than originally believed, the researchers noted, and its direction depends on the sequence in which the disease states occur. 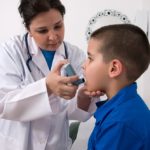