Historical redlining, a discriminatory housing policy enforced from the 1930s through the 1960s in more than 200 cities across the United States, may contribute to present-day asthma health outcomes, according to study results published in the Lancet Planetary Health.

Asthma is the most racially and ethnically disparate health condition in the United States, occurring 1.25 times more often (and ~3 times more likely to cause death) in non-Hispanic black individuals compared with non-Hispanic white individuals. Few studies have considered historical policies that might explain the concentration of social and environmental factors that may have contributed to asthma development in these communities.

Therefore, researchers assessed whether historical discriminatory policies that shaped neighborhood development in the United States are associated with asthma-related health disparities. They performed an ecological study of the Home Owners’ Loan Corporation risk grades and asthma exacerbations in California, using the security maps available from 8 cities and data from 1431 census tracts on asthma-related emergency department visits from 2011 to 2013.

The median age-adjusted rates for emergency department visits due to asthma were 2.4 times higher in historically redlined census tracts than in tracts that were not redlined. In addition, asthma emergency department visits rates in redlined census tracts remained significantly elevated after adjusting for present-day poverty rate, diesel particle emissions, fine particulate matter, and spatial autocorrelation. However, healthcare access, insurance coverage, and baseline asthma prevalence may be variable in redlined census tracts, leading to differential use of health care overall, and these findings may have underestimated or overestimated the true association.

“Another mechanism by which historical redlining might affect asthma is through racially disparate forms of wealth acquisition,” the researchers wrote. “…The inability to accumulate wealth can ultimately affect asthma risk by reducing quality housing options and ability to buffer stress.”

The researchers added that future studies should integrate individual-level data and other covariates to better delineate the association between historical redlining and asthma prevalence. 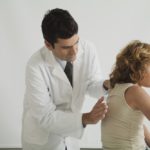