The level of lung function reached during the first year of asthma treatment appears to predict later lung function, according to study results published in Allergy.

Researchers conducted a follow-up study of adult-onset steroid-naïve patients with asthma (N=162) to determine whether the forced expiratory volume in 1 second (FEV1) obtained during the first year of treatment predicted long-term prognosis. Patients were initially diagnosed between 1991 and 1993 at the South Karelia Central Hospital in Lappeenrata, Finland. Treatment with inhaled corticosteroids (ICS) was initiated at the time of diagnosis, with a double dose during the first 2 months.

At baseline, the mean dose of ICS was 1.13 mg, and at 25 years, 68% of patients (n=75) were still using ICS continuously at a mean dose of 0.81 mg. A total of 6 patients used their medication periodically, 29 stopped taking their medication altogether, and 44 also used long-acting beta-agonists as adjunct therapy to ICS. During the course of 25 years, 29 of the 162 patients died, but none of the deaths were pulmonary-related. Of the 133 living patients, 110 participated in the follow-up study. They completed the Asthma Control Test (ACT) and health-related quality of life questionnaires, including the St. George’s Respiratory Questionnaire, before the 25-year follow-up visit.

Overall, the mean ACT score was 22.9 and asthma was controlled in 83.5% of the patients (ACT cut-off, >20) at 25 years. However, in patients who were no longer using ICS, the mean ACT score was 24.1, which was significantly better than the mean score of 22.2 in ICS users (P =.002). In addition, at 25 years, the FEV1% of predicted change was 84.9 in patients still taking ICS, a nonsignificant change from 86.3 at baseline, whereas in the patients no longer using ICS, the FEV1% of predicted change was 92.8, a statistically significant change from 85.6 at baseline (P <.05). The difference in St. George’s Respiratory Questionnaire scores was also more significant in patients who had stopped taking ICS: 20.8 at baseline vs 5.2 at 25 years (P <.001) and 29.0 vs 16.7 in patients continuing ICS.

The researchers noted that further studies should be conducted to confirm their finding of the change in FEV1% during the first year of treatment predicted later lung function. “[I]n adult-onset asthma with ICS used from the time of diagnosis, the mean FEV1 expressed as a percentage of the predicted value did not decrease over a 25-year period,” they wrote. “Those in remission had a better [health-related quality of life] than those continuing the use of ICS.” 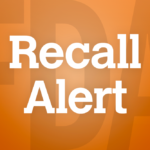