Diet and exercise may help individuals who have asthma and are not obese reduce their symptoms and have a better quality of life.

These findings are based on new research presented at the European Respiratory Society International Congress 2017 held from September 9-13 in Milan, Italy.

“People with asthma sometimes find exercise challenging, and this can lead to an overall deterioration in their fitness,” noted Louise Lindhard Toennesen, MD, PhD, who presented the research. “Our study suggests that nonobese asthma patients can safely take part in well-planned, high-intensity exercise. It also shows that exercise combined with a healthy diet can help patients control their asthma symptoms and enjoy a better quality of life,” Dr Toennesen said.

The study was undertaken because of increasing evidence showing that obese people with asthma derive a benefit from a healthier diet and frequent exercise. “We wanted to see if nonobese patients with asthma could also benefit,” Dr Toennesen told the Congress.

To conduct the research, Dr Toennesen and colleagues from the Bisperbjerg University Hospital in Copenhagen, Denmark, randomly assigned149 patients to 1 of 4 groups. The first group followed a diet high in protein with a low glycemic index and ate at least 6 portions of fruit and vegetables per day; the second group took part in exercise classes 3 times per week; a third group participated in both the diet and exercise classes; and the remaining control group did neither. A total of 125 people continued with the study for the entire 8 weeks.

The researchers analyzed patient symptoms and quality of life through questionnaires as well as fitness and the strength and output of their lungs.

Although there were no definite improvements in lung function, the group that participated in the combination of diet and exercise experienced improvement in asthma symptom control, overall fitness, and quality of life. In addition, participants who performed the exercises and followed the diet rated their asthma score 50% better compared with the control group. Patients who took part in the exercise program only or the diet program only on average rated their asthma score 30% better compared with controls, but this result did not approach statistical significance.

Further findings showed that high-intensity training was safe for people with asthma.

“Our research suggests that people with asthma should be encouraged to eat a healthy diet and take part in physical activity,” Dr Toennesen emphasized. 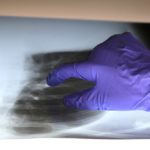 Is Undiagnosed COPD Common in Patients Living at High Altitudes?