Japanese researchers suggested an algorithm that could guide clinicians in discontinuing the use of biologics in patients whose severe asthma has become controlled. This proposed guidance was published in the Journal of Asthma and Allergy.

To develop the proposed algorithm, the authors reviewed 6 published studies of discontinuation of biologics in severe asthma — 2 related to the anti-IgE biologic omalizumab, 3 related to the anti-interleukin 5 biologic mepolizumab, and another study assessing multiple biologics (omalizumab, mepolizumab, benralizumab, reslizumab, and dupilumab). Based on these study findings, the authors concluded that discontinuing biologics is a feasible strategy in suitable patients, and that successful discontinuation of biologics was associated with fewer asthma symptoms, the suppression of T2 inflammation (lower blood eosinophil count and/or FeNO level), and control of asthma comorbidities.

The authors also studied the effects of discontinuing benralizumab on 2 patients at their own hospital who had severe eosinophilic asthma that was well under control, noting that the presence of comorbidities appeared to make discontinuation unfeasible for 1 of these patients.

In developing the algorithm, the authors also incorporated the findings of real-world observational studies of “super-responders”— whom the authors characterized as “patients who show a great response to biologics or complete asthma control.” The authors further noted that the specific criteria for defining a super-responder has varied in previous reports. Because of this inconsistent definition for “super-responder,” some patients considered to be super-responders may not be eligible for cessation; studies reviewed by the author indicated that some super-responders could  decompensate. For instance, so-called “super-responders” who do not use oral corticosteroids or who do not manifest exacerbations may develop residual asthma symptoms or have comorbidities, which may in turn result in relapse.

In determining their algorithm, the researchers proposed a 2-step process. First, they considered a disease-activity measurement comprising various facets such as symptoms, number of exacerbations, lung function, and airway inflammation. Second, they considered optimal cut-off points for the discontinuation of biologics using disease activity and other robust tools of assessment.

“If the criteria are loose, the discontinuation of biologics may worsen asthma control in patients with insufficient asthma control and residual airway inflammation,” they stated. 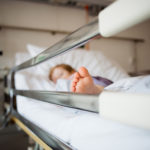