Air pollution affects people with and without asthma, though patients with asthma are more adversely affected, especially those with a nonallergic asthma (NA) phenotype, according to findings of a Turkish study published in the Journal of Asthma.

A single-center, observational, prospective, case-control study conducted in the Department of Pulmonary Diseases outpatient clinic of Kirikkale University, in Kirikkale, Turkey, examined the effects of air pollution on asthma and oxidant homeostasis in patients with allergic asthma (AA) and NA phenotypes as well as in healthy individuals.  The study enrolled 57 patients with well-controlled asthma, all of whom were receiving regular treatment, and 51 healthy individuals. Asthma was defined based on the Global Initiative for Asthma guidelines.

Among the 57 patients with asthma, 22 had the AA phenotype and 35 had the NA phenotype. Patients in the AA group had respiratory symptoms that were considered clinically relevant with the positive allergens (house dust mites: 8 participants; pollens: 6 participants; Blatella: 3 participants; mix: 5 participants) on allergy testing. Individuals in the NA group had nonallergic triggers and negative allergy tests. The control group included healthy volunteers with no history of pulmonary diseases or rhinosinusitis and negative results from a skin prick test.

In all study participants, pulmonary function tests, respiratory symptoms, thiol/disulfide levels, and serum total antioxidant status (TAS)/total oxidant status (TOS) were compared between the most (V1) and the least (V2) air-polluted times. In the urban city of Kirikkale, January was the time of year with the highest air pollution (ie, V1), whereas June was the time of year with the lowest air pollution (ie, V2) in the prior year.

The study found high exposure to air pollution was associated with an increase in the incidence of serum inflammatory markers and respiratory symptoms among those both with and without asthma. Participants with the AA phenotype demonstrated a decreased frequency of dyspnea (from 68.2% to 50.0%) and cough (from 95.5% to 63.6%) from V1 to V2, respectively, whereas in those with the NA phenotype, the frequency of rhinitis decreased from V1 to V2 (from 60.0% to 28.6%, respectively).

The investigators concluded that via oxidant/antioxidant and thiol pathways, ambient air pollution adversely effects the respiratory system of patients with asthma to a greater degree than healthy individuals. 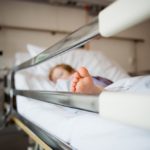 Intravenous Magnesium in ED Linked to Hospitalization for Pediatric Asthma