This feature is part of the Autoimmune Disease Awareness Month series.

What’s Asthma Got to Do With Autoimmunity?

Although asthma and autoimmune disease are thought to have mutually exclusive pathogeneses, they both result from a dysregulated immune system.1 Authors of a 2018 review published in Allergy, Asthma & Immunology Research indicate evidence pointing to the presence of autoimmune mechanisms underpinning disease severity in some patients with asthma.1

Previous studies have demonstrated the “possibility of a localized autoimmune phenomenon in an asthmatic lung with persistent eosinophils,” despite maintenance with oral steroid therapy.1 In 2012, Wenzel et al described asthmatic granulomatosis in the lung parenchyma of patients with severe asthma who required oral steroids.2 Although the researchers did not include autoantibody detection, the steroid-sparing response to agents such as methotrexate and azathioprine (typically prescribed for autoimmune diseases), indicated a possible “autoimmune-type anomaly.”

In a more recent study by Mukherjee at al3, anti-eosinophil peroxidase (EPX) immunoglobulin Gs (IgGs) were reported in the sputa, not sera, of 24 patients with eosinophilic asthma.3 These levels positively correlated with the sputum antinuclear antibodies. The researchers noted there were diverse immunofluorescence patterns, ranging from speckled to homogenous, and furthermore, only 4 out of 15 patients with severe asthma had circulating antinuclear antibodies, which was comparable with that of the healthy control individuals included in the study. “Taken together [this suggests] the presence of a polyclonal autoimmune event localized to the airways.”1,3

The hypothesis of autoimmune involvement in asthma has garnered attention, especially in adult patients with late onset nonatopic asthma. Pathogenic antibodies against EPX have previously been described in a group of patients with eosinophilic asthma with increased frequency of eosinophilic degranulation and EPX. “Therefore, with progression of disease and persistence of inflammation,” according to the authors of the 2018 review, “the airways are constantly exposed to immunogenic entities such as EPX and subsequent markers of tissue injury (DAMPs [danger-associated molecular patterns]), capable of triggering the adaptive immune response.”1

Autoimmunity and Response to Asthma Therapy

The authors of the review noted that patients’ response to various therapies could be affected by the presence of autoimmunity.1 For example, autoantibodies in the lungs could be one of the mechanisms that contribute to steroid subsensitivity in patients with severe asthma. “One of the potential mechanisms may be attributed to the increase in autoantibody titers in eosinophil-rich tissue, and the consequent autoantibody-induced eosinophil degranulation with EETs [eosinophil extracellular traps],” the review authors wrote. Further, in autoimmune tissue, increased doses of corticosteroid can reduce the lymphocytic infiltration and eosinophil count, but will not be efficient in decreasing the number of autoantibodies or suppressing their immediate mechanism of action on effector cells (eg, eosinophils).1

As described in the most recent Global Initiative for Asthma (GINA) report, type 2 inflammation is found in approximately 50% of patients with asthma, and is characterized by cytokines such as interleukin (IL)-4, IL-5, and IL-13.4 These cytokines are often produced by the adaptive immune system upon recognition of allergens. Viruses, bacteria, and irritants that stimulate the innate immune system may also activate type 2 inflammation via the production of IL-33, IL-25, and thymic stromal lymphopoietin (TSLP) by epithelial cells.

Type 2 inflammation improves when inhaled corticosteroids (ICS) are taken regularly and appropriately by patients with mild or moderate asthma, but in severe asthma, type 2 inflammation may be “relatively refractory” to high-dose ICS. Patients with asthma may be responsive to oral corticosteroids, but given the serious adverse effects, the GINA report recommends that alternative treatments should be explored.4

In patients with exacerbations or poor symptom control despite taking high-dose ICS  long-acting beta-agonist (LABA) and who may have allergic or eosinophilic biomarkers or require maintenance with oral corticosteroids, the GINA report recommends considering an add-on type 2 target biologic therapy.4 Authors of the GINA report noted that there was a greater decrease in exacerbations in randomized clinical trials if blood eosinophil levels were at least 260/µL or fractional exhaled nitric oxide (FeNO) was at least 20 ppb. Other potential predictors of good response included childhood-onset asthma and clinical history of allergen-driven symptoms.4

As the authors of the Allergy, Asthma & Immunology Research review noted, immune pathways may be relevant in the use of biologics in the treatment of patients with severe asthma.1 For example, autoantibodies to IgE in patients with asthma could interfere with omalizumab, potentially compromising response. Furthermore, patients with a less-than-optimal response to mepolizumab showed increased sputum IL-5 and anti-EPX IgE in their titers after treatment. Interestingly, reslizumab reduced autoantibody titers in the same group of patients with eosinophilic asthma who were previously assessed for mepolizumab. The authors also noted that there was a greater amelioration of eosinophils and EPX associated with greater reduction in anti-EPX-IgGs. “In fact,” they stated, “sputum anti-EPX IgGs was one of the predictors of response to anti-IL-5 mAb [monoclonal antibody] therapy.”1

“Presence of autoantibodies (auto-inflammation) and development of autoimmunity (clinical manifestations caused by autoantibodies) are part of a spectrum of immunological diseases, in the same way that innate and adaptive immune responses constitute the immunological continuum,” they concluded. “It is likely that the definition and significance of autoimmunity in context to asthma severity and treatment responses will evolve over the next decade.”1

We interviewed Ian Pavord, MD, FRCP, professor of respiratory medicine at the Nuffield Department of Medicine at the University of Oxford, United Kingdom, to glean further insights about the role of type 2 inflammation in asthma and how novel biologics have changed outcomes for patients.

Editor’s Note: This interview has been lightly edited for length and clarity.

Patients with allergic asthma and concomitant allergic rhinitis may have increased markers of type 2 inflammation and poor lung function. Can you speak to the concept of unified allergic airway disease?

Ian Pavord, MD, FRCP: Type 2 inflammation commonly manifests in people with adult-onset nonallergic asthma, which is often associated with chronic rhinosinusitis and nasal polyps. Up to 70% of patients with asthma will also have rhinosinusitis.5 When you see the 2 diseases together, the asthma is often more severe and the patient is more likely to experience asthma attacks.

Are there similar clinical manifestations in both asthma and autoimmune disease?

Dr Pavord: Asthma is a very heterogeneous disease and you can certainly see aspects of asthma in people with autoimmune disease. In rheumatoid arthritis, for instance, it’s not uncommon to see patients with airflow obstruction, which is one feature of asthma —but the mechanism of that obstruction is very different from the mechanisms we typically see in asthma, for example, type 2 airway inflammation.6 I would see them as very different, very separate conditions.

How are some of the new biologic treatments able to mitigate clinical worsening in asthma and comorbid autoimmune disease?

Dr Pavord: The biologics have had a massive impact on asthma and chronic rhinosinusitis, particularly for those patients living with more severe airways disease. Not only do biologics have good clinical traction — particularly on the risk of having an asthma attack, which is significantly reduced on biologics — but also improvement in symptoms, lung function, and quality of life.4

One feature of biologics is that their clinical effects are predictable. There are simple biomarkers that you can measure in the clinic, such as blood eosinophil count and exhaled nitric oxide, which are very predictive of response to treatment.

We also have low failure rates with biologics in clinical practice because we’re able to target them very effectively. That has been one of the important features of biologics in asthma.

How can specialists (immunologists, rheumatologists, and/or pulmonologists) collaborate to better manage and treat asthma/allergies and potential comorbid autoimmune disorders?

Dr Pavord: One issue is that a lot of people with asthma and chronic rhinosinusitis are looked after in nonspecialist care.

I’ve seen a revolution in airways disease over the last 10 years. We recognize that measuring biomarkers of type 2 airway inflammation is a very important part of assessment in patients with asthma, but this thinking hasn’t really permeated down into nonspecialist primary care. We really need to start getting these tests done in general practice, because it’s clear that they’re very predictive of the likelihood of an asthma attack.

It is possible for patients to go to their general practitioner to have their asthma assessed, but they may not have either of these measurements taken and we need to change that. Why wouldn’t a patient want to know that they’re at an increased risk of having an asthma attack? And, if they did have that information, would it help them make a better decision about treatment?

In specialist care, we’re getting interesting, new insights into asthma from these biomarkers and identifying a process that we can treat really well, but these measurements need to be taken in more patients with asthma in primary care.

Is there anything else you would like to add?

Dr Pavord: Before we had these biologics, a patient living with severe asthma had a pretty miserable time — experiencing symptoms, recurrent asthma attacks, and frequent courses of steroids for their asthma. Biologics have transformed the outcome.

Running a severe asthma clinic is a real pleasure now because we have good options for patients for the first time in 20 years. We’re seeing results that we wouldn’t have dreamed of seeing 10 years ago, so it’s been an exciting time to be in this field. 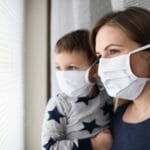 The Effects of COVID-19 Pandemic on Children With Asthma