The administration of intravenous (IV) magnesium to children with asthma being treated in the emergency department (ED) was found to be associated with subsequent hospitalization, according to study findings published in JAMA Network Open.

A team of investigators in Canada conducted a post hoc secondary analysis of a double-blind randomized clinical trial (ClinicalTrials.gov Identifier: NCT01429415) to characterize the association between the administration of IV magnesium sulfate in the ED and subsequent hospitalization in pediatric patients with refractory acute asthma.

The analysis was adjusted for patient-level variables, some of which included year epoch at enrollment, receipt of IV magnesium, Pediatric Respiratory Assessment Measure (PRAM) score (after initial therapy and at ED disposition), age, and sex.

Of the 816 patients (median age 5 years; 63.4% boys) included in the study population for the initial randomized controlled trial, 364 patients (44.6%) were hospitalized for asthma at the index ED visit; 452 patients (55.4%) were discharged home from the ED.

The overall hospitalization rate ranged from 28.3% to 60.5% for children with acute asthma among participating EDs. Children in the ED who received IV magnesium had nearly 10 times greater odds of being hospitalized compared with children who did not receive IV magnesium (odds ratio [OR], 9.76; P <.001).

In adjusted analyses, PRAM scores measured at ED disposition (OR, 2.24; P <.001) and albuterol treatment administered after the completion of experimental therapy (OR, 5.94; P <.001) were independently linked to hospital admission.

“[W]e found that the administration of IV magnesium therapy among children with refractory acute asthma was associated with hospitalization independent of asthma severity and other patient-level characteristics,” the authors noted.

“Future research on the benefit of IV magnesium therapy in reducing hospitalization and the related safety profile may clarify the role of this therapy in refractory pediatric asthma,” concluded the investigators.

Disclosure: Multiple authors declared affiliations with industry. Please refer to the original article for a full list of disclosures. 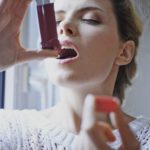