A recent study published in The Lancet attempted to better characterize the efficacy of fluticasone furoate plus vilanterol in asthma control in clinical practice.

Using an open-label randomized controlled 2-arm effectiveness design, the Salford Lung Study  (An Effectiveness Study Comparing Fluticasone Furoate [FF, GW685698]/Vilanterol [VI, GW64244] With Standard Treatment in Asthma; ClinicalTrials.gov identifier: NCT01706198) was conducted at 74 general practice clinics in the United Kingdom. Investigators randomly assigned patients to treatment with fluticasone furoate plus vilanterol (n=2114) or usual care (n=2119). The primary outcome was the percentage of patients who scored ≥20 on an asthma control test (ACT) or an increase in ACT score from baseline of ≥3 (in patients who had scores <20) at 24 weeks.

Study limitations included the potential for bias due to the open-label design and the choice of a “soft” primary outcome such as the ACT score, which relies on patient perception. In addition, there was a large degree of treatment modification during the first 3 months in the fluticasone furoate and vilanterol group, primarily due to patients choosing to return to a long-standing treatment.

Nonetheless, given the enduring benefit observed in the intervention group, the findings suggest that patients in general practice with a diagnosis of symptomatic asthma can achieve improved asthma control from the use of once-daily combination therapy with fluticasone and vilanterol without incurring additional risk for serious adverse events.

Disclosures: The Salford Lung Study was funded by GlaxoSmithKline. Several investigators report financial support from GlaxoSmithKline as well as other pharmaceutical companies. 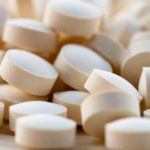