Asmanex HFA is now indicated for the maintenance treatment of asthma as prophylactic therapy in patients 5 years of age and older. The approval was based on data from a 12-week, double-blind, placebo-controlled study in 583 patients aged 5 to less than 12 years with persistent asthma (mean baseline FEV1 of 79%-predicted) who had been using a low-to-medium dose of an inhaled corticosteroid (ICS) with or without a long-acting beta-2 agonist (LABA) for at least 12 weeks prior to study entry. After an approximate 2-week run-in period, patients were randomized to receive Asmanex HFA 50mcg, 2 other doses of Asmanex HFA, Asmanex dry-powder inhaler or placebo.

Results showed that after 12 weeks of treatment, Asmanex HFA 50mcg was statistically superior to placebo as measured by improvement from baseline in AM predose percent predicted FEV1 at the end of the dosing interval (primary end point; 6.29%, 95% CI, 3.05-9.53). The safety profile and overall effectiveness in this age group were consistent with that observed in patients aged 12 years and older who also received Asmanex HFA.

As for Dulera, the indication now states that the twice-daily treatment is approved for asthma in patients 5 years of age and older. The approval was based on findings from a study evaluating the efficacy of Dulera 50mcg/5mcg in pediatric patients 5 to less than 12 years of age (N=181) compared with mometasone furoate MDI 50mcg; patients had been adequately controlled on an ICS/LABA for at least 4 weeks and had no symptoms of asthma worsening during a 2-week run-in on mometasone furoate MDI 50mcg.

Results showed that patients on Dulera 50mcg/5mcg had a statistically significant change from baseline to Week 12 in 60-min AM post-dose % predicted FEV1 compared with mometasone furoate MDI 50mcg (primary end point; 5.21, 95% CI, 3.22-7.20). With regard to safety, patients in this age group demonstrated safety results similar to those seen in patients 12 years of age and older.

Asmanex HFA 50mcg and Dulera 50mcg/5mcg are expected to be available in the first quarter of 2020. 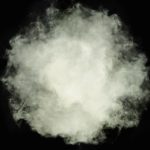