Several years after being diagnosed with status asthmaticus, overweight and obese children with asthma are at risk of continuing obesity. Because obesity is a potential asthma trigger, interventions are needed to reduce this population’s risk of persistent obesity, according to research results recently published in The Clinical Respiratory Journal.

The study population (n=129) was divided into 2 groups according to their initial BMI percentile: an underweight/healthy weight group (<85th percentile; n=76) and an overweight/obese group (≥85th percentile; n=53). The average age in the overweight/obese arm was 7.0±3.1 years of age, compared with 5.3±2.7 years of age in the underweight/ healthy arm (P =.002). Sex, race, ethnicity, and the presence of comorbidities were similar in the 2 groups.

Further analysis showed that sex was associated with obesity 5 years after the initial diagnosis of status asthmaticus, with boys having have a lower association with overweight/obesity in 5 years compared with girls. After controlling for baseline obesity, age, race, and ethnicity, sex was significantly associated with obesity 5 years after the first reported status asthmaticus diagnosis (OR, 0.43; 95% CI, 0.19 to 0.99; P =.04).

Findings from this study reinforce the view that when an obese child presents with status asthmaticus, a detailed assessment of physical activity, nutrition, and asthma control needs to be conducted to reduce the risk for persistent obesity and future asthma exacerbations, said researchers. “Developing wellness strategies can improve the quality of asthma care provided to this patient population,” they noted. 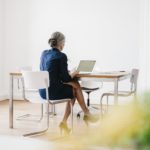 Office Environment May Trigger Asthma in Some Workers