The criteria physicians use to diagnose asthma are not uniform and often do not follow official guidelines, according to study results published in the Annals of the American Thoracic Society. These results mirror previous findings.

For diagnostic tests, 91% of pulmonologists chose spirometry prior to and following bronchodilators as a diagnostic aid. In contrast, 64% of nonpulmonologists did not use any tests. There were no response differences between pulmonologists in the United States and those in other countries.

Study limitations included a focus on pediatricians and nonpulmonologists being recruited from a single institution.

“Our survey revealed significant discrepancies between the responders’ practices and the official asthma guidelines,” the researchers concluded. “[T]he term ‘physician diagnosed asthma’ should be either avoided or, when used (especially in research), it should be accompanied by the specific criteria on which the diagnosis was based.” 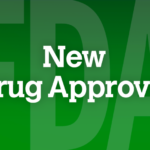