Asthma and chronic obstructive pulmonary disease (COPD) are the most common airway diseases, affecting an estimated 8% and 6.4% of the US population, respectively.1,2 However, diagnosis of these and other diseases is based on an outdated approach with many limitations.

The Oslerian paradigm classifies diseases based on the “principal organ system in which symptoms and signs manifest, and in which gross anatomical pathology and histopathology are correlated,” wrote the authors of a recent paper published in the European Respiratory Journal.3 While this physiology-based classification system has been clinically useful in defining specific syndromes for consideration, it overgeneralizes pathologic states and fails to include susceptibility or preclinical states. Its utility in guiding the diagnosis and treatment of individual patients is thus limited.

It is now established that “there is a heterogeneous mix of distinct cellular and molecular mechanisms that go beyond the traditional physiological mechanisms of pulmonary disease, and that extrapulmonary comorbidities, psychosocial, behavioural and environmental factors significantly impact the health status and risk of morbidity and mortality” in patients with airway diseases, according to the paper. This updated understanding highlights the need to revise the current approach to classifying and managing such conditions.

In February 2017, the European Respiratory Society held a research seminar to discuss ways to apply precision medicine in chronic airway diseases. The group of investigators who took part in the seminar defined some of the key terms and concepts that inform the concept of precision medicine: an individual’s genome interacts with his or her exposome through complex biological networks.

This process leads to various cellular and molecular mechanisms that ultimately influence the observed phenotype, such as a particular disease or signs and symptoms of a complex disease. (The authors noted that the term phenotype here extends beyond its traditional definition — an observable trait of an organism — to refer to disease attributes that differentiate between individuals in a clinically meaningful way.) The term endotype is defined as a disease subtype “defined functionally and pathologically by a molecular mechanism or by treatment response.”

For the most part, however, this concept remains “a theoretical construct since we still do not understand the vast majority of biological mechanisms (ie, endotypes) underlying different clinical presentations (ie, phenotypes),” the authors wrote. Elucidating the pathobiology of chronic airway diseases will require the use of novel analytical techniques with the capacity to integrate these various components. This could facilitate the identification and validation of biomarkers necessary to progress toward individualized medicine in this area.

The group determined that the following key questions must be answered to facilitate the development of precision medicine for airway diseases.

Should we continue using traditional diagnostic labels such as asthma and COPD?

While diagnostic labels offer certain advantages — for example, in teaching students, explaining a condition to patients, and in interventional studies and funding requests — they imply that diseases have homogeneous pathobiology and treatment requirements. If the use of labels continues, it should be clarified “that assumptions of pathophysiology should not be made. Thus, the labels represent the start of the assessment process, not the end,” the group determined. “It was agreed that we need validated biomarkers that allow the clinician to build-up a clearer picture of the main drivers of morbidity, allowing provision of the right treatment, at the right time to the right person.”

Would it be more helpful to deconstruct airway disease into components that can be measured and potentially modified (treatable traits)?

The terms asthma and COPD represent conditions of overlapping phenotypes. Deconstructing each of these terms into the treatable components of each could enable strategies based on treatable traits detected by validated biomarkers. Treatable traits are not specific to traditional diagnostic labels.

Examples of biomarkers that have shown promise in airway diseases include the following:

There is a need for additional validated biomarkers to predict treatment response, adverse effects, and outcomes such as exacerbations and mortality. By “addressing these questions, airway disease management will move into a new, more precise, better and safer era,” according to the group.

To that end, more comprehensive knowledge regarding the biological underpinnings of airway diseases is needed, as are “large, prospective, long-term interventional studies across the whole spectrum of airway diseases,” they concluded. 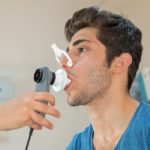