Serum microRNA (miRNA) may differentially contribute to asthma pathogenesis in older (> 65 years old) vs younger (30 to 50 years old) patients, according to a study published in Respiratory Research.

The course of asthma may differ between older vs younger asthmatics, partially due to an age-dependent abnormal immune response. miRNAs are involved in the control of several physiological processes, including aging, and dysregulation of miRNAs has also been implicated in the pathophysiology of bronchial asthma.

Thus, researchers aimed to determine the influence of serum miRNA expression on asthma characteristics and systemic inflammation markers in older vs younger asthmatics. Control and severity of asthma, pulmonary function, and FeNO were assessed in 28 older and 31 younger asthmatic patients; a control group included 59 healthy individuals, both older and younger.

“To conclude, an association between miRNA expression and age was observed in both the control group and in asthma patients,” stated the study authors. They added, “Circulating miRNA expression was associated with selected features of asthma only in younger patients.” 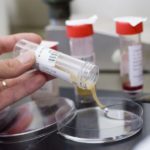