HealthDay News — Bronchial thermoplasty can treat severe asthmatic cough that is unresponsive to conventional therapies, according to a case report published online in the Annals of Internal Medicine.

Yoshihiro Kanemitsu, MD, PhD, from Nagoya City University in Japan, and colleagues describe the case of a 35-year-old female patient who presented with a 2.5-year history of chronic cough. The patient had been diagnosed with asthma 6 months earlier. Despite treatment with high-dose inhaled corticosteroids, long-acting β2-agonists, and leukotriene-receptor antagonists, the cough had worsened and was awakening the patient and disturbing conversation.

The researchers initiated treatment with sustained theophylline, tiotropium, and erythromycin, but there was no change in cough frequency, cough-specific quality of life, asthma control, or number of capsaicin-induced coughs at 6-month follow-up. During 3 procedures at 3-week intervals, bronchial thermoplasty was used to treat all visible bronchi with heat energy at 65°C degrees Celsius for 10 seconds. Improvement in the cough was noted immediately after the first procedure. Improvements were documented in cough intensity, cough-related quality of life, and asthma control at 3 months after the final procedure. There was also a decrease in the number of capsaicin-induced coughs, while no changes were observed in measures of systemic eosinophilic and airway inflammation and pulmonary function.

“Whatever the explanation, we believe that other clinicians should consider bronchial thermoplasty for patients with severe asthmatic cough who have not responded to more conventional therapies,” the authors wrote. 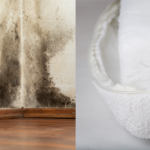