In patients with chronic obstructive pulmonary disease (COPD), treatment with β2-adrenoreceptor agonists does not affect the risk for Parkinson disease, according to study results published in Pharmacotherapy.

Using health administrative databases from British Columbia, Canada, between 1997 and 2015, Canadian researchers developed a case-control study in a cohort of patients with COPD (N=242,218). A total of 732 cases of Parkinson disease (≥1 outpatient visit or hospitalization for Parkinson disease) in the COPD group were identified, and each Parkinson case was matched to up to 5 controls (n=3660) by age and calendar time. Only people with ≥4 years of available follow-up data were included.

The researchers assessed the use of β2-agonists between the third and fourth year before the Parkinson disease diagnosis date. In an effort to control for Parkinson disease latency, this assessment was followed by a grace period of an additional 2 years. The study defined levels of β2-agonist use frequency as regular use (≥1 dispensation for every 6 months), irregular use (no dispensation in 1 to 3 periods of 6 months), and no use.

Study limitations included the capturing of only dispensations of prescription medications rather than intake rates and the lack of data on smoking, physical activity, and other behavioral confounders.

Based on these results, the investigators concluded that their findings do not support the routine use of β2-agonists to prevent Parkinson disease in patients with COPD. 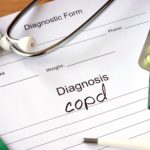