A high prevalence of bronchiectasis has been reported in individuals in the United States, with approximately half of all newly diagnosed patients having dual chronic obstructive pulmonary disease (COPD), according to the results of an analysis published in CHEST.

With non-cystic fibrosis (CF) bronchiectasis becoming an increasingly more common chronic inflammatory airway disease, investigators sought to understand the epidemiology of the disorder in older adults by describing the prevalence and features of patients with the condition within the US Medicare population.

Of the 40% of Medicare enrollees with prescription drug plans between 2006 and 2014, patients with bronchiectasis ≥65 years of age, per International Classification of Diseases, Ninth Revision, Clinical Modification (claims 494.0 or 494.1) by a pulmonologist and having no claim for CF, were identified. The prevalence of bronchiectasis was calculated from 2012 to 2014. Incident or “newly diagnosed” patients were defined as those who were enrolled in Medicare for ≥12 months before their initial bronchiectasis diagnosis. Clinical and healthcare use features of this cohort during the prior 12-month baseline period were described, and differences between those with and without concomitant COPD were examined.

A total of 252,362 patients with bronchiectasis met the study eligibility criteria. The average annual prevalence of the disease from 2012 to 2014 was 701 cases per 100,000 individuals. Patients with newly diagnosed disease were a mean age of 76 years, with 65% being women and 84% being non-Hispanic white. Overall, 12% of patients had been hospitalized for respiratory infections, and 51% had a dual diagnosis of COPD.

Patients with newly diagnosed bronchiectasis and comorbid COPD exhibited significantly different disease characteristics and healthcare use. Those individuals with a dual diagnosis were more likely than those with only bronchiectasis to be hospitalized for a respiratory infection (16% vs 7%, respectively), and to have a history of smoking (46% vs 17%, respectively).

The investigators concluded that the significant heterogeneity observed in patients with bronchiectasis with and without concomitant COPD warrants further exploration. On the basis of these findings, bronchiectasis should no longer be considered an “orphan” disease in the United States, and the burden of disease reported in the aging population merits additional attention.

Disclosures: Dr Daley has received research grant support from and has served on advisory boards for Insmed. Dr Winthrop has received honorarium from Bayer and Insmed. 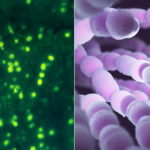