In patients with chronic obstructive pulmonary disease (COPD), those with chronic bronchitis (CB) had worse lung function and symptoms, including more frequent moderate to severe exacerbations, compared with individuals who did not have CB. The current analysis was based on the Korea COPD Subgroup Study (KOCOSS) database, which was created from a nationwide prospective cohort study that was initiated in April 2012 and included 54 medical centers in South Korea. Results of the study were published in the journal BMC Pulmonary Medicine.

The researchers sought to identify the characteristics that differentiate CB from non-CB within a group of individuals with COPD, according to baseline characteristics, symptoms, lung function, exacerbation rates, and exercise capacity. Additionally, distinct COPD Assessment Test 1 (CAT1) and CAT2 cutoff scores were utilized to stratify patients with mild CB vs those with severe CB.

CAT1 (assessment of cough) and CAT2 (assessment of sputum) scores of 3 or more were used to define CB. Severe CB was defined as CAT1 and CAT2 scores of at least 4, whereas mild CB was defined as either a CAT1 score or a CAT2 score of less than 4. Forced expiratory volume in 1 second (FEV1) trajectories during a 3-year follow-up were compared in those without CB, those with mild CB, and those with severe CB.

Limitations of the present study include the fact that the CAT definition of CB used has been validated in the Korean population only. Also, since the KOCOSS cohort comprised mainly patients who were examined and treated at tertiary hospitals, it may not be representative of the entire COPD population.

The researchers concluded that additional studies are warranted to support the general use of the CAT definition of CB. The current study findings underscore the need for physicians to carefully monitor patients with COPD and severe symptoms of CB. 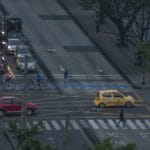 Prevalence of Pulmonary Hypertension in COPD in Higher Altitude Locales