Among patients with moderate or severe chronic obstructive pulmonary disease (COPD) who do not have an established indication for beta-blocker use, the time to first COPD exacerbation is similar whether they are receiving metoprolol or placebo, according to results from a prospective, randomized trial published in the New England Journal of Medicine.1

Beta-blockers reduce mortality in patients who have had a myocardial infarction and in those with heart failure, but are often not used in patients with COPD because of concerns regarding possible adverse effects on lung function.1 However, observational studies suggest that beta-blockers may reduce the risk for exacerbations and death in patients with moderate or severe COPD, although these findings have not been confirmed.2-5 Therefore researchers investigated the effect of metoprolol compared with placebo on the risk for COPD exacerbations among high-risk patients.1

Researchers randomly assigned 532 patients; the mean age of patients was 65 years and the mean forced expiratory volume in 1 second (FEV1) was 41.1±16.3% of the predicted value. The trial was stopped early as a result of futility with respect to the primary end point and safety concerns. However, there was no significant between-group difference in the median time to first exacerbation: 202 days in the metoprolol group and 222 days in the placebo group (P=.66). The adjusted hazard ratio (HR) between receipt of metoprolol vs placebo for time to first COPD exacerbation that was categorized as moderate intensity or greater was 1.46 (95% CI, 1.03-2.06). In cases of severe or very severe exacerbations, the unadjusted hazard ratios were 1.91 (95% CI, 1.29-2.83) and 2.08 (95% CI, 1.37-3.14), respectively.

Although results demonstrated no evidence of between-group difference regarding a general rate of COPD exacerbation (risk per person-year was 1.4 and 1.33 for placebo and metoprolol, respectively), there was evidence that participants in the metoprolol group had a higher risk for a severe exacerbation compared with individuals who received placebo.

The study authors concluded that, “Although observational studies have suggested that the benefits of beta-blockers in patients with recent myocardial infarction and heart failure extend to those with COPD, this hypothesis has not been prospectively confirmed, and randomized trials to determine the overall risk-benefit ratio in such patients may be needed.”1 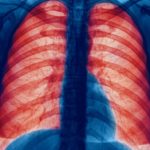